Setting up the grid for the field in his computer.

It takes 5 probes around a GPS point to make up one “sample” bag for the lab to test. 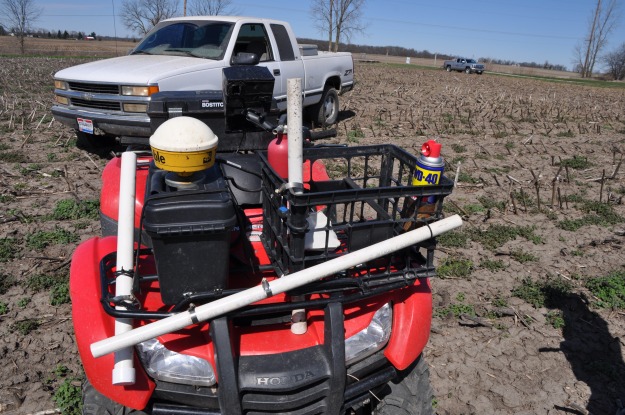 Yes, he has a GPS bubble on his ATV. He finds the points on the grid that way. He samples every 2.5 acres. 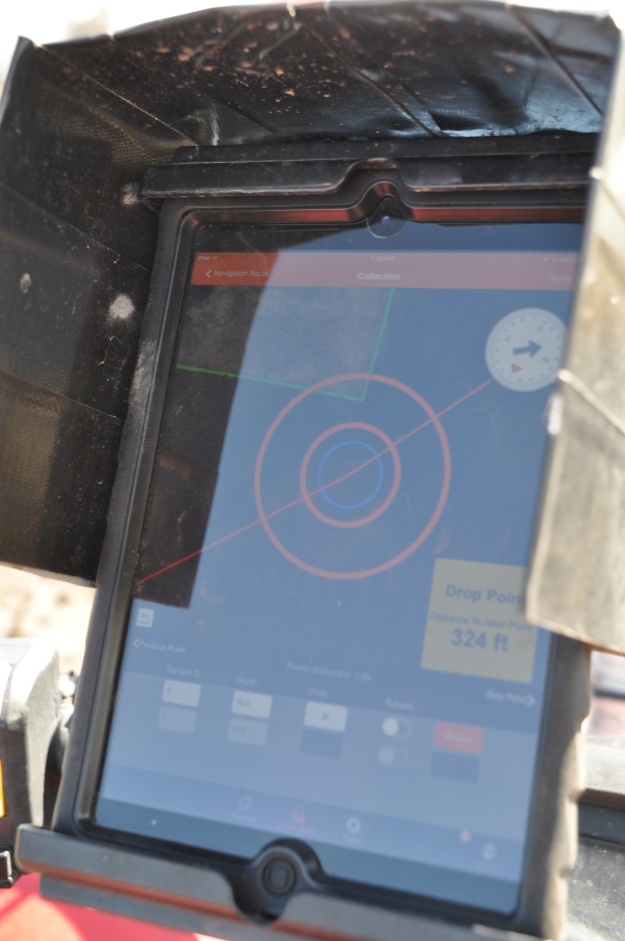 GPS readout around a point.

Heading to the next point. 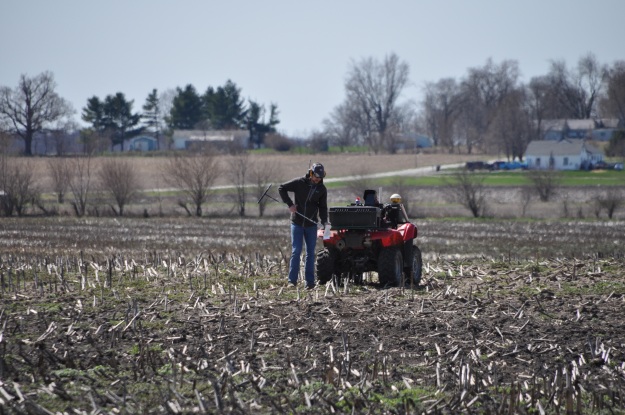 Hay is mown and waiting for merger. 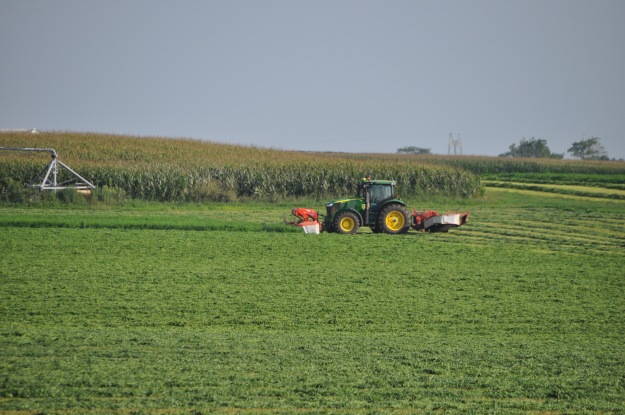 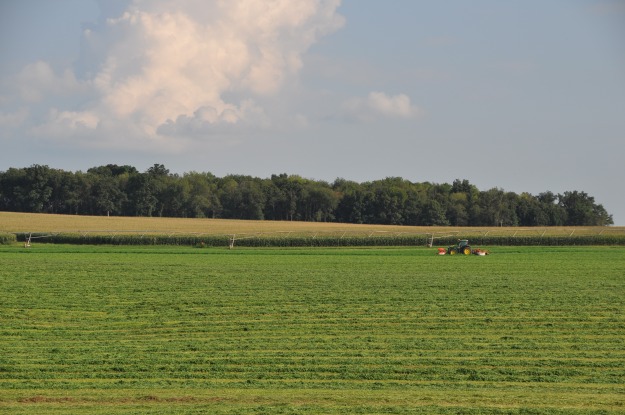 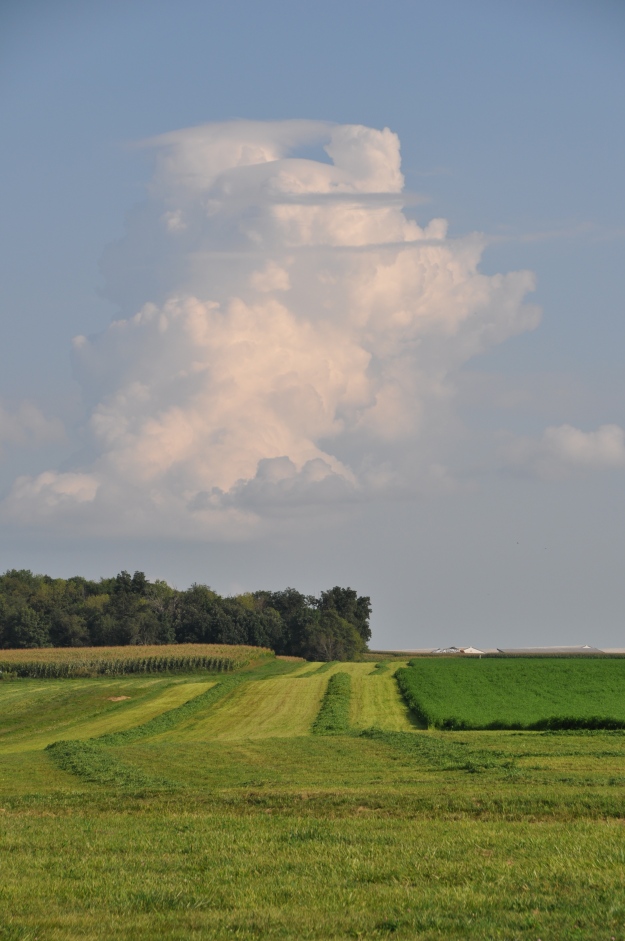 Lined up and waiting on chopper to show up. 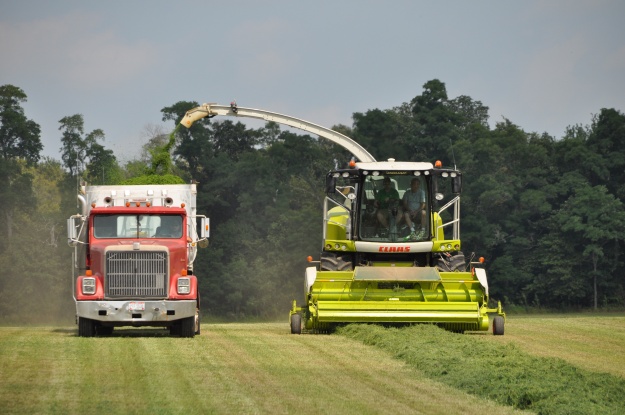 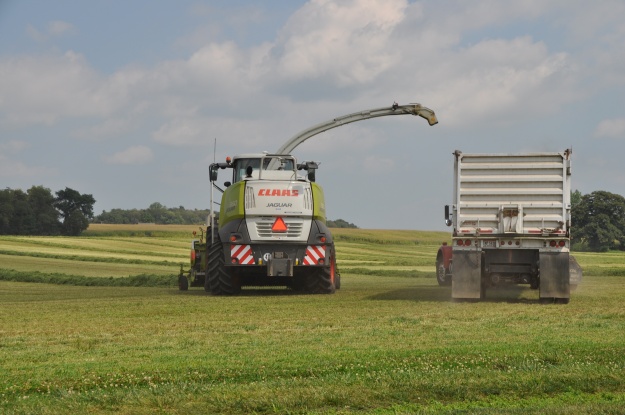 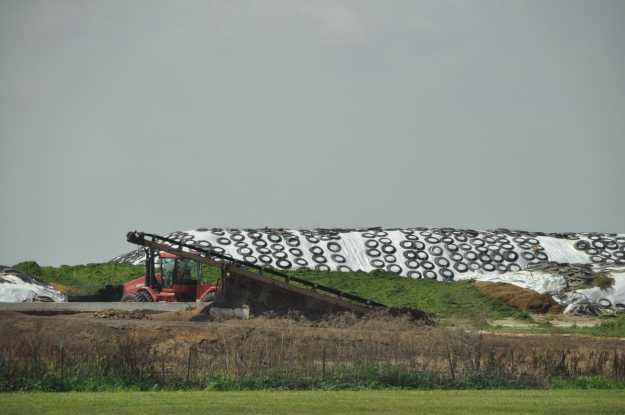 This is at the dairy where they are packing the hay into the bunker silo. 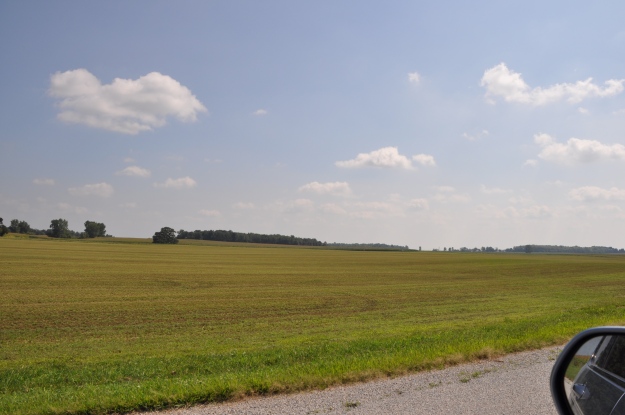 It’s been an eventful year so far. So much so that I was not able to keep up on blogging. My mother became very sick just after Christmas and it was non-stop caring for her along with my siblings. Planting hit and I think I was just too worn out, but here is what happened on the farm this week – the second cutting of alfalfa for silage for the dairy cows. 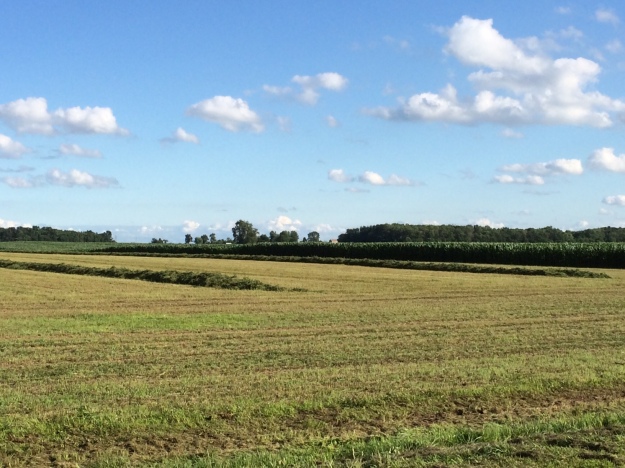 The alfalfa has been mowed and then merged into rows for the chopper. Our corn is coming along nicely also. We are starting to see just a few tassels this week. 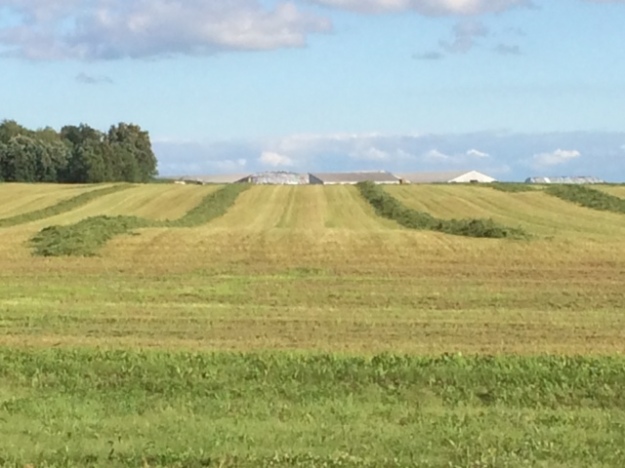 Those are the dairy buildings at the top of the hill.

The chopper is filling the semi and another semi is waiting to take its turn. 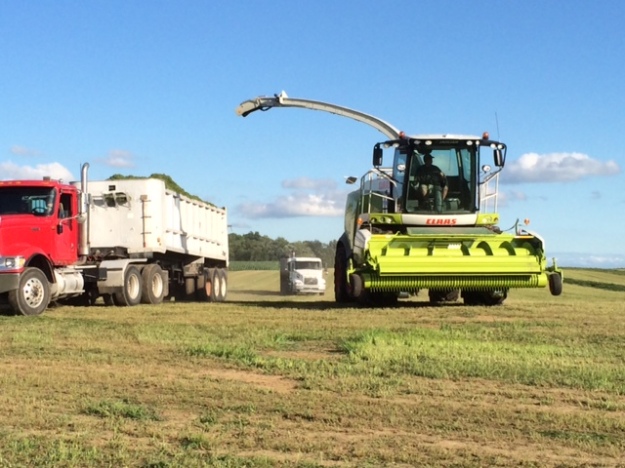 You can see how full the chopper driver gets the semis.

Claas choppers are huge compared to the 4-row John Deere chopper we had when my husband and I got married. 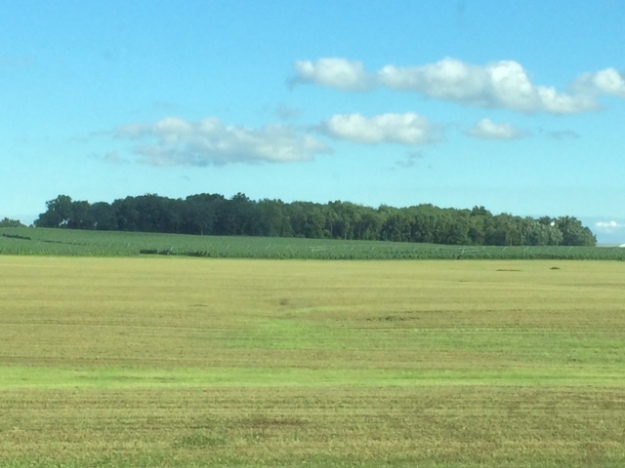 This is the field in front our house that’s been mowed, merged and chopped. Richard will spray it in about 10 days and it will keep growing. Hopefully, we will get at least two more cuttings off of it.

I’ve been lax on giving you soybean updates. The road we normally use to get to the field has been closed since the beginning of July with a bridge out, so I don’t find myself going by very often. So, here is a picture of what the bean field looks like now. The leaves have been turning yellow and falling off the stems, so harvest is not far behind – probably less than two weeks.

The crew came in an mowed our fifth cutting of alfalfa the other day. They are merging and chopping this afternoon. My camera has a dead battery so you won’t see that for the last time this year!